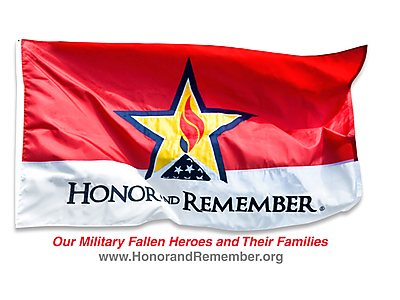 To Establish a Tangible National Symbol of Gratitude

To Establish a Tangible National Symbol of Gratitude, The Honor and Remember Flag, as a Visible Public Reminder to all Americans; Perpetually Recognizing the Sacrifice of Our Military Fallen Heroes and Their Families.

America's Run for the Fallen